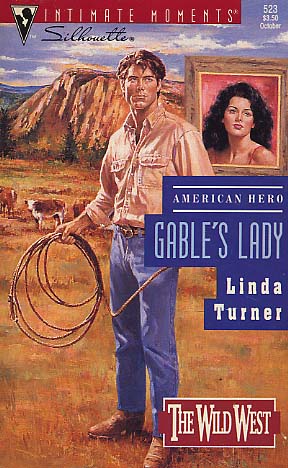 Gable Rawlings: Some would call the handsome, weathered rancher tough but fair. Josey O'Brian just calls him a chauvinist.

Gable Rawlings had money problems and a ranch coveted by every rich vulture in New Mexico, but he was just as worried about his sister. He'd busted his back to properly raise his orphaned siblings, and he had to stop Josey O'Brian from filling his sister's head with foolish talk about women's rights. And Gable had already figured out the easiest--and most enjoyable--way of getting Josey to stop talking ....

AMERICAN HEROES: Men who give all they've got for their country, their work -- the women they love.
Reviews from Goodreads.com