From Boardwalk with Love — Nina Bangs 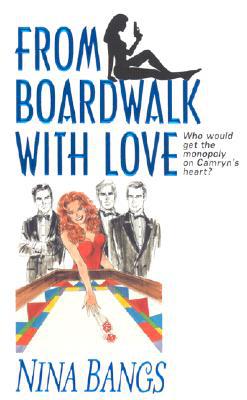 Share:
The world's richest man, Owen Sitall, is a flop at a certain game, but now he's built an enormous board so he can win on his own. His island is a playground for the rich. But he doesn't know that L.O.V.E.R.--the League of Violent Economic Revolutionaries--has come to play in his hotels...and the plans to bankrupt him have already passed Go. Camryn, novice agent #36-DD of B.L.I.S.S.--the international organization that fights crime anywhere from St. Croix to St. James Place--finds her assignment clear: Protect the fanatical Sitall from financial ruin. But being a spy doesn't just mean free parking. Before this is over, she'll be rolling the dice with her heart.