Friends of the Horseclans — Robert Adams 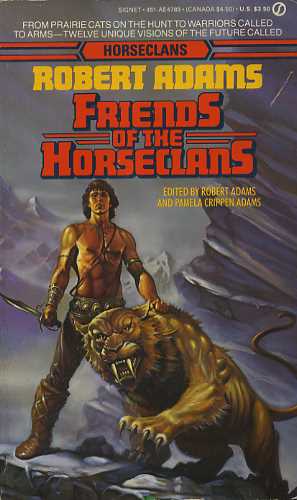 For over ten years, Robert Adams has been weaving his magnificent tales of the Horseclans, those doughty warriors of post-apocalyptic America, led by their Undying High Lord Milo Moroi on a mission to respread civilization across the devastated continent. But from the very first prairie cat's call, many have longed to find their place in the excitement- and adventure-filled realm of the courageous Horseclan warriors. And now a last Robert Adams has opened his world to some of the top authors in the field today, who join him in chronicling twelve unforgettable new tales about those mind-speaking masters of blade and bow--