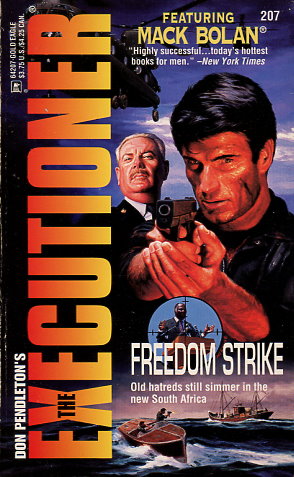 South Africa has a new democratic government, elected by the people. But hatred and violence are still the order of the day. The streets are awash with blood as neotascist whites clash with fanatical blacks.

It's a double-barreled mission for Mack Bolan: stop the terrorist attacks against the new president and deal a crippling blow to these subversive factions, including the old secret police.

Bolan's campaign exposes the warrior to a kill-or-die showdown at every turn. The war may be about black and white...but the Executioner knows that all blood spills red.