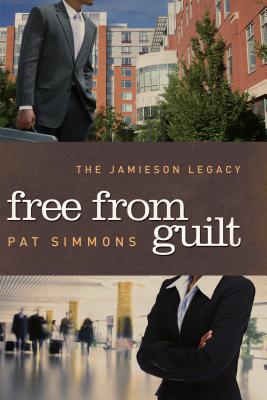 Share:
The Jamieson Family Legacy series follows the lives of the two Jamieson brothers in Boston, Kidd and Ace and their cousin Cameron from St. Louis. Kidd, the older brother, is struggling with anger and resentment issues toward his absentee father who never married his mother, but had the audacity to demand his illegitimate sons carry his last name Jamieson. Ace, on the other hand, is on a collision course with disaster as he shows how much a "chip off the old block" he is when it comes to women. Their highly educated MIT graduate cousin, Cameron Jamieson, is all about saving his family from self-destruction. Through genealogy research, Cameron's mission is to show his cousins their worth as eleventh generation descendants of a royal African tribe and give them a choice: to be angry black men or accept the challenge to become strong successful black men.

In Free From Guilt the third book in the Jamieson Legacy, Cameron, cousin to Kidd and Ace, has it all: the looks, money and tbrains. An MIT double degree graduate and lecturer, he is a genius. No amount of knowledge or wisdom however can convince him of the simplicity of God's love and the gift of salvation. He believes it's much more complicated than those men preaching from an outdated book lead others to believe. It's simply going to take more to make a believer out of him. And, he's not alone in this thinking.

Beatrice "Tilley" Beacon, aka Grandma BB is a seventy-something, childless widow who is young at heart and full of life. Her antics are legendary among her surrogate family, the Jamiesons, her five hundred facebook fans and the local law enforcement, to whom she is known as the neighborhood one-woman militia crime task force.

The Jamieson's always thought they were a unified front to draw Grandma BB to Christ. But when Cameron, her surrogate grandson and the youngest of their clan, returns to spend time with the family in St. Louis, he immediately takes Grandma BB's position that life is to be enjoyed to the fullest. There's always time to repent ...later.