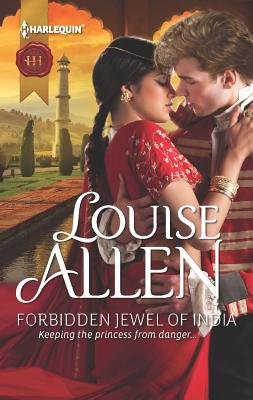 Share:
TO OBEY HIS DUTY IS TO DENY HIS HEART

Anusha Laurens is in danger. The daughter of an Indian princess and an English peer, she's the perfect pawn in the opulent courts of Rajasthan. Even so, she will not return to the father who rejected her.

Arrogant angrezi Major Nicholas Herriard is charged with bringing the alluring princess safely to her new life in Calcutta. Nick's mission is to protect, to serve -- but under the searing Indian sun an initial attraction unfurls into a forbidden temptation.

This beautiful, impossible princess tests the very limits of his honor -- especially when Nick is left with only one option to keep Anusha safe: marriage. But the fast-flowing waters of the Ganges determine a different fate, and duty may separate them forever....