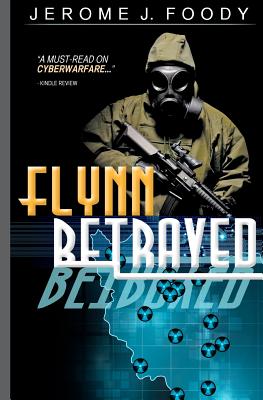 Share:
In "Flynn Betrayed" the car bombing deaths of the CIA's Director of Special Operations and his counterpart at the Mossad, coupled with the near miss attack on the British head of MI6, alerts the West to a developing crisis in international nuclear terrorism. While Iran secretly begins enrichment of uranium 238 to fissile U-235, for a nuclear bomb, a mysterious and sensuous double agent with ties to Iran's Oghab 2, attempts to 'out fox the fox', CIA Special Operative Jeremiah Flynn, in a dangerous and intriguing game of espionage. Flynn is determined to avenge the assassination of his close friend and, at the same time, destroy Iran's enrichment facilities. He joins the team of International Atomic Energy Inspectors in order to 'invade' Iran with the Stuxnet-Flame cyberweapon virus. However, when Flynn discovers that another member of the Inspection Team is the mysterious Iranian double agent, his mission is now put in jeopardy in this highly suspenseful, technical thriller.