Flight of the Eagles — Gilbert Morris 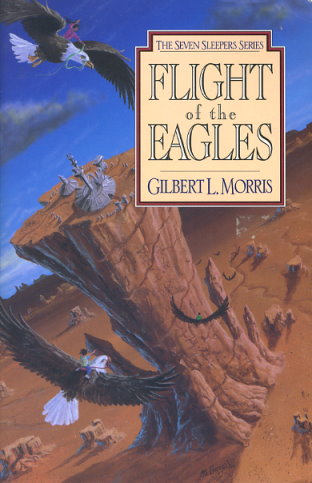 
Fourteen-year-old Joshua Adams wakes from a fifty-year sleep to find that he has escaped nuclear war -- and that the genetically altered races of Earth now hail his awakening as the first fulfillment of an ancient prophecy.

For of old it was sung that the Seven Sleepers would awaken to unite their strength with Goel and join in battle against the wicked priests of the Sanhedrin. But the choice of Josh and each member of the quest is a dangerous one. He must survive not only the peril of the Sanhedrin but the doubt that threatens his faith and, ultimately, his commitment to Goel, his spiritual champion.