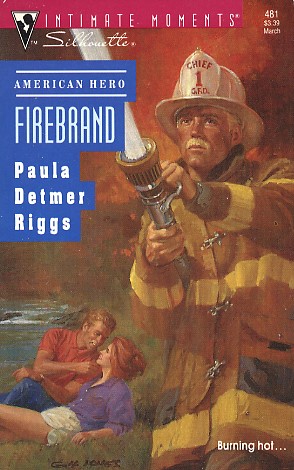 Share:
HIS MEMORY OF HER WAS A FIRE HE COULDN'T PUT OUT

Judd Calhoun -- Fire fighter trapped in his own burning hell.

Darcy Kerrigan Fisher -- Widowed mother with a pear orchard to manage, daughters to raise and a twenty-year-old memory she can't forget.

Years ago Judd Calhoun had accidently started a fire, a fire that had taken his father's life and his foster sister's love. Burned and scarred where no one could see, and alone with his guilt, he'd become a fire fighter, desperately trying to put out that one fire every day of his life. And now Judd was fire chief in the town he'd thought he'd never come home to, desperate to see something other than hatred burning bright in Darcy's blue eyes....