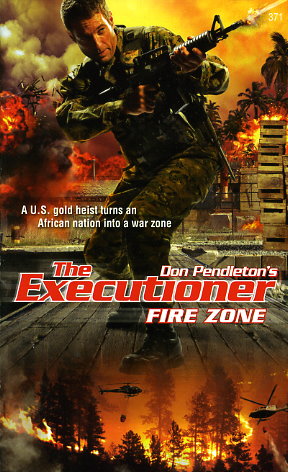 After the leader of an African rebel group hijacks the shipment of enough gold to fund a revolution, Mack Bolan must retrieve it before the killing starts. But the military commander is elusive, and with oil, minerals and political clout at stake, it's going to take more than guns and bombs to bring him down.

Tracking the gold to the Democratic Republic of the Congo, Bolan is determined to win the battle. Unable to trust even the CIA, he has to put his combat and survival skills to the test in order to infiltrate the rebel base and destroy the key players. In a region filled with danger, deceit and government conflict, there is only one man who can stop the revolution -- the Executioner.