Fire in the Sky — Don Pendleton 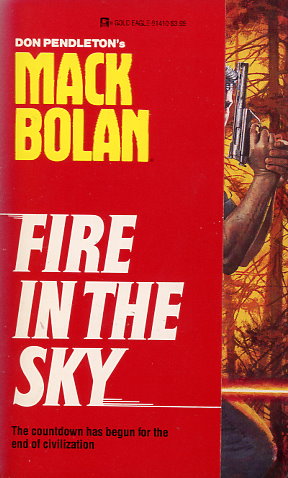 On January 23, 1986, millions watched in horror as the space shuttle Challenger exploded during takeoff.

But NASA's greatest disaster was only a grim prelude to the nightmare to come. A conspiracy has taken root at the core of the U.S. military machine as a fanatical group of the Pentagon's elite prepares to fulfill an ancient prophecy of uItimate destruction.