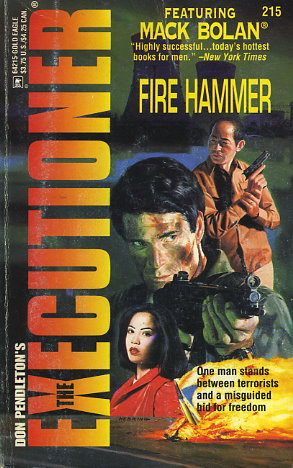 Share:
DEADLY EXPOSURE
A radical Chinese group is determined to free the People's Republic of its Communist oppressors at any cost, including genocide and nuclear blackmail.

Mack Bolan's bid to stop the terrorism begins in the U.S. at the headshed of the businessman backing the terrorists. Phase two takes Bolan to the enemy's Malaysian base of operations where deployment of Chinese hit squads adds fire to the carnage claiming innocent lives.

The Executioner's war against evil is one he fights alone. Usually. But now interesting allies are called into play to halt the countdown to disaster in what may be his hardest and final fight.