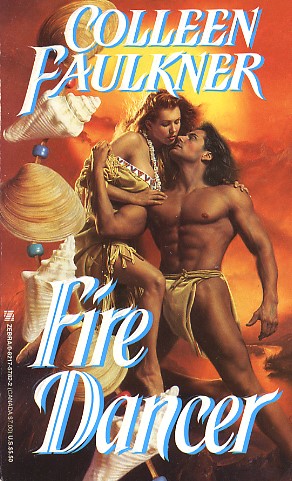 Share:
A WOMAN, A WARRIOR AND A FORBIDDEN LOVE THAT SETS TWO HEARTS AFLAME

A wildness raged in Mackenzie Daniels that drove her to explore the American frontier before she settled down. An artist and a woman of unbridled dreams, she had never desired anything more than her freedom. Then she arrived at Fort Belvadere and met Fire Dancer. A red man. A savage. The most glorious man she had ever laid eyes on.

Fire Dancer, a Shawnee prince, had come to talk peace with the white soldiers. His tribe had been swept into the battle of France and Britain for land--land that had once belonged to his people. Now, an inner war raged within him over the white woman named Mackenzie. He forbade her to paint his portrait, lest she steal his soul. But he could not stop her from possessing his heart.

The independent, carefree artist and the fierce, proud warrior, a man and a woman locked in a battle...of wills. As different as night and day, their passion took them to a place both terrifying and exciting... headed for a destiny that would make her choose between worlds and desires that only love, pure love, could unite.