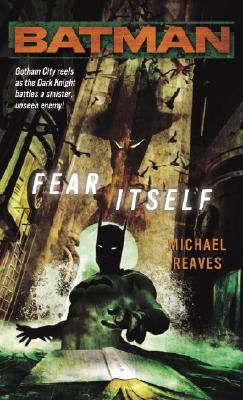 Share:
Batman strikes fear in the hearts of criminals, but there's a killer stalking Gotham who's even better at inspiring fright -- and his method just might be unbeatable . . . because it's invisible.

Unbeknownst to the general public, a powerful new designer drug has hit the streets of Gotham, courtesy of an evil genius determined to turn the expression "scared to death" into lethal reality. Unlike the Caped Crusader, who petrifies only villains, this mastermind is targeting decent citizens -- and he's come up with the ultimate delivery system. After all, the public can't refuse something they can't see, hear, or smell. That's the beauty of a terror toxin that is undetectable by the human senses. And with all of Gotham's super-villains incarcerated, Batman must hunt down a mystery madman about whom he knows nothing.

Maybe the Dark Knight should be afraid . . . because there's plenty to fear when you go head-to-head with fear itself.