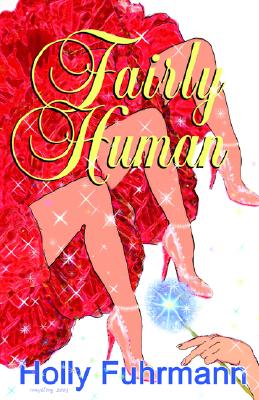 Share:
Myrtle, Fern and Blossom have finally stepped over the line. Bernie, in charge of the Fairy Council this century, sentences them to live as humans for the next six months. Not only that, he strips away their facades and rather than the older-lady personas they've grown used to over the centuries, he sends them back to their true forms. They're babes. Super hot women guaranteed to make any man stand up and notice.

Three fairies, stripped of most of their powers and thrust on unsuspecting mortals? Life is going to get interesting.

Not all the mortals are quite so unsuspecting. The entire Aaronson clan has dealt with the fairies before, and all three siblings have the fairies to thank for their happy marriages. They help where they can, as does Fiona, another one time goddaughter. But this ordeal is something each fairy must experience on her own. For the first time ever the three fairies--uh, women-- find themselves on independent paths that collide with three different men. Men who teach Myrtle, Fern and Blossom about a magic that has nothing to do with fairy-ness, and everything to do with love.

In the end, Myrtle, Fern and Blossom find love and must decide what to do...should they return to Fairyland when their sentence is over and forget the men who have touched them, or should they throw aside their previous lives and build new ones with the men they love?