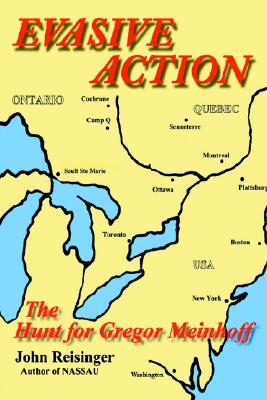 
In the darkest days of World War 2, a German U-boat officer escapes from a prisoner of war camp in northern Canada with a secret that could lead to a Nazi victory. Fearing disaster, the Canadians team a veteran Royal Canadian Mounted Police inspector with a visiting young American FBI agent to find him before he can get his information back to the Nazis. But the fugitive, Gregor Meinhoff, is smart and resourceful and the need for secrecy ties the hunters hands.A fast and tense game of move, countermove, deception and detection all across Canada ensues as the elusive German evades capture and gets ever closer to his goal. His pursuers must battle time, distance, deception, political interference, and each other to try to find and stop Meinhoff before its too late.