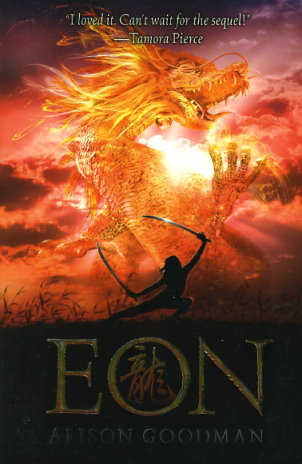 She has a powerful secret . . .with deadly consequences.

For years, Eon's life has been focused on magical study and sword-work, with one goal: that he be chosen as a Dragoneye, an apprentice to one of the twelve energy dragons of good fortune.

But Eon has a dangerous secret. He is actually Eona, a sixteen-year-old girl who has been masquerading as a twelve-year-old boy. Females are forbidden to use Dragon Magic; the penalty is death.

When Eona's secret threatens to come to light, she and her allies are plunged into grave danger and a struggle for the Imperial throne. Eona must find the strength and inner power to battle those who want to take her magic . . . and her life.