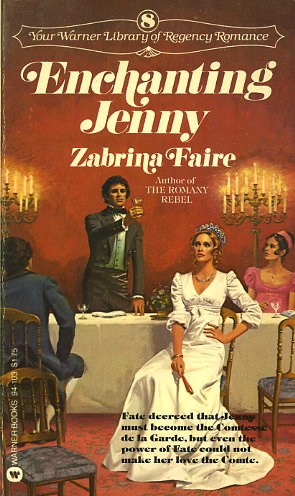 Share:
Fate decreed that Jenny must become the Comtesse de la Garde, but even the power of Fate could not make her love the Comte...

But everyone else insisted that this was the right marriage for Jenny. The Comte was the scion of a noble family, said Jenny's mother, pointing out that both Jenny's sisters' chances would improve when she became the Comtesse. The Comte agreed because his mother's secret plan to use Jenny's inheritance was irresistible. Even Jenny's clairvoyant grandmother declared it had to be... Only Jenny herself was opposed to the match. Only Jenny and the Comte's half-brother who viewed the marriage of convenience -- and Jenny -- with contempt.