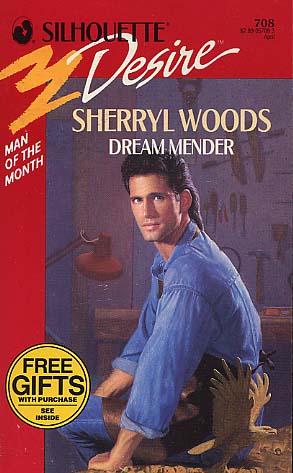 The Man: Frank Chambers, expert carpenter.
The Challenge: To overcome insurmountable odds. To resist...
The Woman: Jenny Michaels. But she wouldn't take "no" for an answer!

When a tragic fire landed frank in the hospital, all he wanted was to be left alone. His hands were injured, the very way he made his living destroyed. How could he face life--or his sprawling, well-meaning family--again?

Then Jenny Michaels waltzed into his room, claimed she was going to bully and badger him until he got on the road to recovery. This pretty, pert occupational therapist claimed she, too, had faced adversity--and won! And though frank said he didn't want her pity, he knew deep down, Jenny was a dream come true.