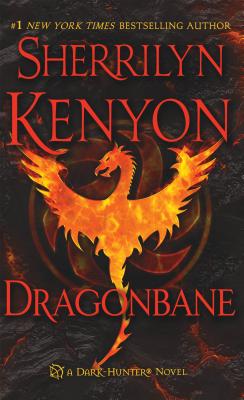 Out of all the mysterious boarders who call Sanctuary home, no one is more antisocial or withdrawn than Maxis Drago. But then, it's hard to blend in with the modern world when you have a fifty foot wingspan.

Centuries ago, he was cursed by an enemy who swore to see him fall. An enemy who took everything from him and left him forever secluded.

But Fate is a bitch, with a wicked sense of humor. And when she throws old enemies together and threatens the wife he thought had died centuries ago, he comes back with a vengeance. Modern day New Orleans has become a battleground for the oldest of evils. And two dragons will hold the line, or go down in flames, in Dragonbane, the next explosive Dark-Hunter novel from #1 New York Times bestselling author Sherrilyn Kenyon.
Reviews from Goodreads.com

Antisocial and withdrawn, Max stays inside Sanctuary until old enemies threaten the wife he thought died centuries ago and since New Orleans has become the battleground for the oldest of evils, these two dragons will have to hold the line or die trying in this thrill a second paranormal romance. There is no denying that the war has begun and Max and Sera’s story is only the tip of the iceberg which has me on pins and needles waiting for the next story, especially after what happened at the battle in Mount Olympus. I have to recommend that you read as much of this fascinating and complex series in order as you can because you may end being a little lost or confused when it comes to all the complexities of the numerous characters involved and the intricate web of pandemonium that fate has spun.

See my full review at:
https://www.nightowlreviews.com/v5/Reviews/Evampire-reviews-Dragonbane-by-Sherrilyn-Kenyon 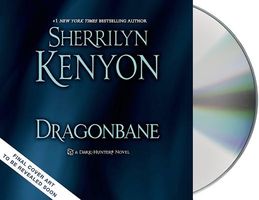