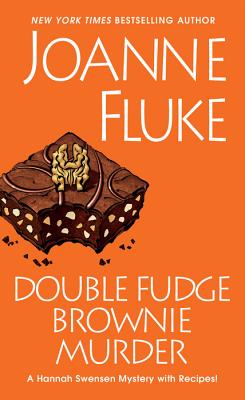 Life in tiny Lake Eden, Minnesota, is usually pleasantly uneventful. But with the upcoming trial for her involvement in a tragic accident, Hannah Swensen hardly has time to think about her bakery--let alone the town's most recent murder...

Hannah is eager to clear her name once and for all, but her troubles only double when she finds the judge bludgeoned to death with his own gavel--and Hannah is the number one suspect. Now on trial in the court of public opinion, she sets out in search of the culprit and discovers that the judge made more than a few enemies during his career. With time running out, Hannah will have to whip up her most clever recipe yet to find a killer more elusive than the perfect brownie...

I am actually regretting that I spent the time to read this book. In my defense, I have enjoyed the Hannah Swenson series up to about book 14, but the series has been going downhill since then. I had actually decided to quit reading the series after Red Velvet Cupcake Murder (Number 16), but I was perusing book lists and saw that a new one had come out last year and this one for this year. I decided to read them both. Blackberry Pie Murder was all right, and at least readable, but I wasn't really prepared for this one. In this book, the recipes and Hannah's so-called love life took over the entire book, and the murder was so secondary, I almost forgot who got murdered by halfway through. The writing is juvenile as well. I don't think we as readers need step-by-step instructions on how to text on a cell phone, but that is what we got. This book appeared to be written by a pre-teen author to my mind - not at all written in the way that I know Joanne Fluke can write. I'm sad to see this enjoyable series deteriorate so badly, and I will be giving up on the series for sure now. 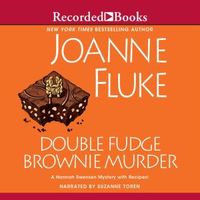