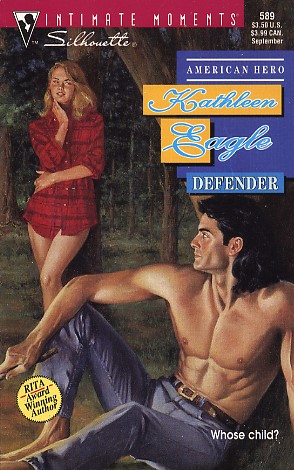 Raina McKenny: A woman whose maternal instincts warred with a never-ending passion.

When Raina McKenny returned home, widowed and a single parent, Gideon Defender knew the circle was almost complete. He'd let her go once in the name of love, yet now she was back--along with her adopted son. Raina wanted Peter to embrace his Indian culture--a culture Gideon alone could impart, a history paralleling Gideon's more intimately than Raina could ever imagine.... And then the courts stepped in, seeking to take Peter away, and suddenly Gideon's secret was a secret no more.

AMERICAN HEROES:
Men who give all they've got for their country, their work--the women they love.