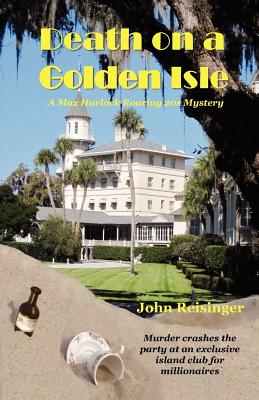 
On an isolated island off the Georgia coast stands America's most exclusive club for the most wealthy and powerful men in the country. Outsiders are not welcomed and nothing is permitted to interrupt the rhythm of daily life. But when one of the members is poisoned at the club dance in 1923, all eyes turn to his new wife. Is she a murderous gold digger or an innocent victim? She calls on investigator Max Hurlock to find the truth, but can an outsider break the wall of silence and suspicion before the season ends and the members depart? Soon, Max and wife Allison are fighting an uphill battle against the tight-lipped and disapproving club members and a suspicious local sheriff, while every new clue they do pry loose seems to point to their client. But why was a second cup of coffee found by the victim? What is the young wife's real relationship with the victim's best friend? And if the victim died from poisoned coffee, why was his dying word "cocoa"? Based on a real case from the Roaring 20s, Death on a Golden Isle combines mystery with one of America's most fascinating places during one of America's most exciting eras.