Death of a Tart — Kate Borden 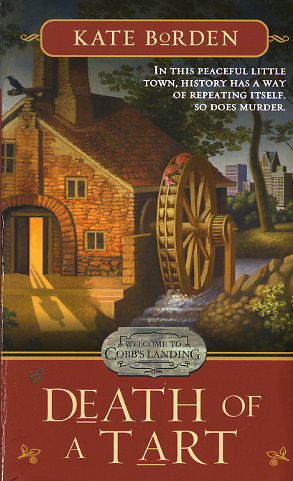 Max's plan? Turn Cobb's Landing into a tourist attraction by "going Colonial." So far so quaint, until period clothes and corn husking become mandatory and baseball and satellite dishes are banned (under the threat of punishment in the stocks). Yet Cobb's Landing is prospering, and who can argue with that? Certainly not Selma, the town tart... since she's just drowned. What's more, the splinters under her fingernails match the same wood once used to torture witches in New England's dishonorable past. It appears someone's taking ye olde customs to extremes. Now it's up to P.J. to solve the crime and wrestle Cobb's Landing from Max's clutches before more old-fashioned traditions take their toll.. .