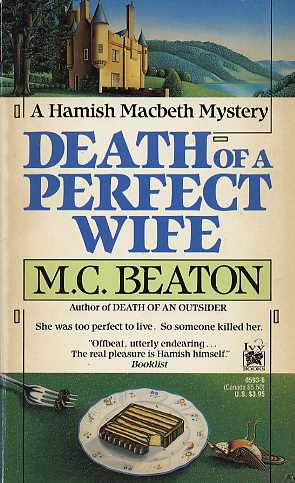 He has his home, his cattle, hens and geese, his friends and neighbors, and soon, he hopes, he'll have lovely Priscilla Halburton-Smythe as well. God's in his heaven and all's right with the world...until someone poisons village newcomer Trixie Thomas.

Being English and unemployed, Paul and Trixie Thomas have two strikes against them from the beginning. But Trixie isn't one to notice when people don't like her and soon she has the whole village involved in her Anti-Smoking League, vegetarian cooking, and birdwatching society. She even wheedles a few bits and pieces of old furniture and china from her frugal Scots neighbors.

So when she's murdered, not everyone is devastated. Truth to tell, there is even some quiet rejoicing, and as for motives...Hamish is up to his elbows in them.