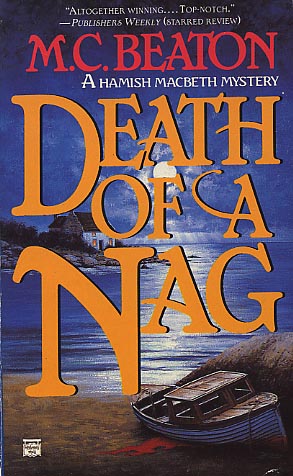 
A FORGOTTEN NORTH SEA RESORT IS A PLACE TO GET AWAY FROM EVERYTHING. EXCEPT MURDER.

Lochdubh constable Hamish Macbeth is more dour than ever after losing both his promotion and his girl, the lovely Priscilla Halburton-Smythe. A trip to a charming seaside inn with his dog Towser is meant to raise his sagging spirits. Instead, he arrives at "Friendly House" to find the ambiance chilling, the food inedible, and his fellow guests less than neighborly. There's an amorous spinster, two tarty girls, a retired military man, a secretive London family, and Bob Harris, who so nags his wife, Doris, that everyone wants to kill him. Then somebody does. Soon Macbeth is called upon to act--to dig into the past and deep into the heart to deliver something more daunting than merely the culprit: Justice.