Death of a Kingfisher — M.C. Beaton 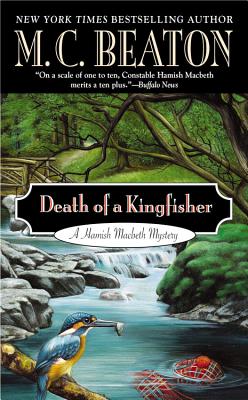 When Scotland is hit by the recession, Police Constable Hamish Macbeth notices that the Highland people are forced to come up with inventive ways to lure tourists to their sleepy towns. The quaint village of Braikie doesn't have much to offer, other than a place of rare beauty called Buchan's Wood, which was bequeathed to the town. The savvy local tourist director renames the woods "The Fairy Glen," and has brochures printed with a beautiful photograph of a kingfisher rising from a pond on the cover.

It isn't long before coach tours begin to arrive. But just as the town's luck starts to turn, a kingfisher is found hanging from a branch in the woods with a noose around its neck. As a wave of vandalism threatens to ruin Braikie forever, the town turns to Hamish Macbeth. And when violence strikes again,the lawman's investigation quickly turns from animal cruelty to murder.
Reviews from Goodreads.com

I usually love Hamish Macbeth, but in this book, he just doesn't seem to have his most loveable characteristics such as his usual sudden flashes of enlightment and his doggedness once he's getting close to figuring out the mystery, or his wonderful quick wit which I didn't see much in this book. The book isn't bad, but it just isn't what I have come to expect from this author. The mystery is actually pretty good, but Hamish seemed to be stumbling a bit. I like his new constable Dick. I think he shows real promise as a foil to Hamish's intelligence. I didn't care for how the book ended either since it left a lot of unsettled business which I know will reappear in the next book, and partiuclarly these two wicked characters which I really don't care to read about again. I didn't find them particularly believable. I will still read Hamish as he is still one of my favourite fictional characters. 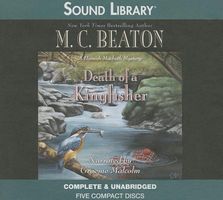 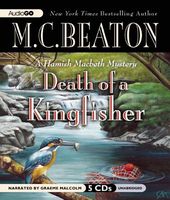