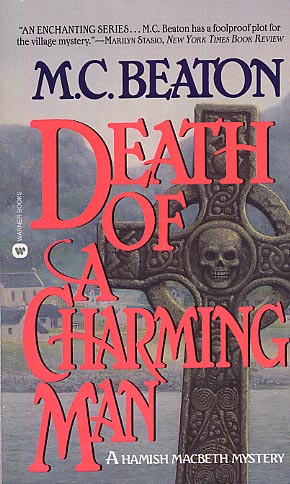 Share:
HE COULD CHARM YOUR PANTS OFF. THAT WAS PRECISELY THE PROBLEM.

Police constable Hamish Macbeth hears that a posh English chap has moved into an unlikely place--the backwater village of Drim. Indeed, Peter Hynd has the town's matrons giggling like teens as they ogle him working shirtless in his garden, bring him goodies, and even hop into his bed. But the dour men of Drim-Highlanders whose feelings run deep--are doing a slow burn. Hamish knows there's bound to be trouble. At home in Lochdubh, Hamish's own romantic ties to his high-born fiancee begin to chafe and the constable escapes his bans and bonds with a wee journey to Drim himself. He isn't surprised that Peter is missing and a body has been found ... until he discovers that the corpse is not the charming man he expects.

The tenth outing of the stubborn, red-haired, one-man police force of Scotland's Lochdubh has all the local color, wry humor, and splendid characterizations that make fans of British mysteries relish this series more than fish 'n' chips and a pint at the pub.