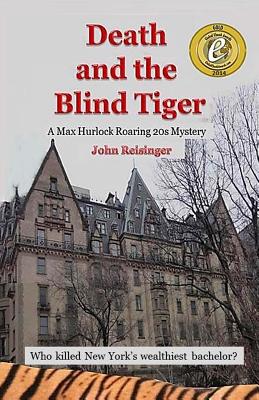 
As New York's resident card expert and wealthy man about town in the 1920s, Ellsworth Connelly was living a riotous bachelor life and leaving a string of disappointed women and the occasional outraged husband in his wake. But the good life came to a sudden end one morning when his housekeeper found him seated in his sitting room with a bullet through his head. A few days later a mysterious fugitive shows up on Max and Allison's doorstep begging Max to investigate and clear him of police suspicions. So the Hurlocks travel to New York City and encounter speakeasies, bootleggers, theater people, Prohibition police, Duke Ellington, and the denizens of the Algonquin Round Table. They're a long way from St Michaels and an even longer way from a solution to a case with too many suspects and too few answers. Max runs afoul of some powerful New York bootleggers while Allison enters the surprisingly rough and tumble world of the New York literati thanks to an encounter with Dorothy Parker. A thick roster of suspects in the case include the victim's ex-wife, an aristocratic German ex-U-boat officer, a greedy chauffeur, a disapproving housekeeper, the Queen of the Automat, and several resentful ex-business partners and jilted girl friends. Who wanted Ellsworth Connelly dead? Who didn't?