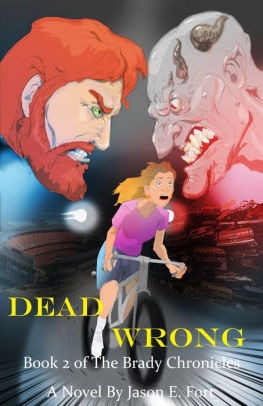 Share:
An ancient evil has awakened; a demonic presence that has visited this world before. The man once known as the Jesus Assassin finds himself drawn towards the evil, his sense of purpose and the source of the mysterious evil seemingly connected. The man named Robert Brady has even become something of a legend; local Radicals who've met him and survived have spread rumors of the man that rival tales of Bigfoot. While traveling the new Radical territory, Robert Brady acquires a traveling companion; a Belorussian woman who is on a mission of her own. In their trek to battle evil, they encounter other characters who have their own battles, and Brady and his new companion help fight the good fight. But in a new fractured America, after the Day of Insurgency, how long can Brady and the young Belorussian woman survive in the Radical Midwest? What strange, new threats will they have to confront? Can Brady come to terms with the man he used to be, and can he accept the hero everyone wants him to be? Will Brady discover the chief end of the ancient evil that draws him north and then west? Will Brady discover a new power within, that can stop demons? Find out in the second installment in the Robert Brady series, where the author tackles the supernatural, in Book #2 of The Brady Chronicles - DEAD WRONG.