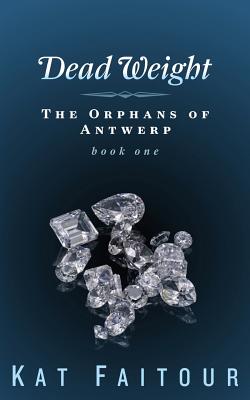 Share:
He’s a thief with an eye for justice.A liar with a code of honor.So, what happens when he finds himself in bed with the enemy?Mason Graff is an honorable man, a respected businessman, and a brilliant chemical engineer.He is also a thief.For his latest job, he flies to South Africa to intercept and steal a batch of blood diamonds before they can be auctioned on the international market. All he has to do is find Margaux Taylor—the heiress to her family’s diamond fortune and business—and steal the stones. It should have been easy.But someone else has their eye on the Taylor Diamonds. And before he knows it, Mason is playing rescuer rather than robber. The two strangers soon become lovers, each unable to resist the other’s beguiling appeal. Now, Mason faces an impossible choice. Does he betray his friends—and the cause to which he’s devoted his life—or lose the only woman he’s ever loved?The Orphans of AntwerpFive schoolmates, bonded by grief and circumstance.Years later, they band into a group of thieves, intent on justice.The diamond companies stole their childhoods. Now, they’re determined to take something back.