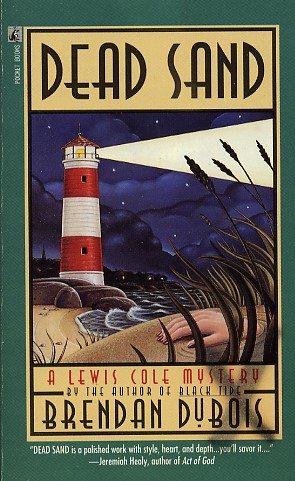 Share:
Lewis Cole writes a column for Shoreline, a tourist rag in Tyler, New Hampshire. He lives in an old cottage by the ocean, commutes along the salt marshes on a ten-speed...and keeps a loaded .357 Smith & Wesson in his kitchen. Lewis Cole has a past--one he'd rather forget but never will--and writing is just his day job. Life has taught him that the world is short on justice, and he's made it his business to fill the gap.

Between the Porsches and the pickups, the white-steepled churches and the boardwalk bars...between Tyler and Tyler Beach, there's plenty of room to get lost. A female corpse, buried for forty years in the sand, has only now been found. And seventeen-year-old waitress Lynn Germano has just fallen through the cracks--raped, murdered, and left hanging from the rafters of her beach house. More than death ties the two bodies together, and Cole--friend to both Diane Woods, Tyler's only full-time detective, and Felix Tinios, local rep for the Mob--is uniquely situated to make the connection. But life, as they say, is a beach, and so is the lethal drift of revenge, obsession, and perverse desire that threatens to consume Tyler Beach...and leave Cole dead in the water.