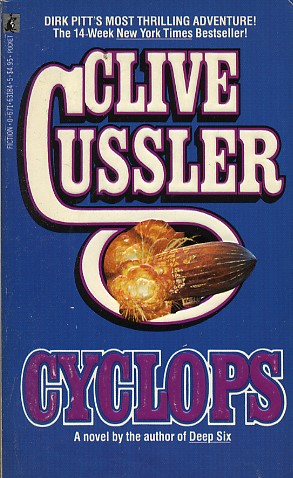 A FATAL OCEAN TREASURE HUNT...A BEAUTIFUL WOMAN ON A SECRET MISSION... AN INTERNATIONAL STAND-OFF ON THE SURFACE OF THE MOON!

A wealthy American financier disappears on a treasure hunt in an antique blimp. From Cuban waters, the blimp drifts toward Florida with a crew of dead men--Soviet cosmonauts. Dirk Pitt discovers a shocking scheme: a covert group of U.S. industrialists has put a colony on the moon, a secret base they will defend at any cost. Threatened in space, the Russians are about to strike a savage blow in Cuba--and only Dirk Pitt can stop them. From a Cuban torture chamber to the cold ocean depths, Pitt is racing to defuse an international conspiracy that threatens to shatter the earth!
Reviews from Goodreads.com