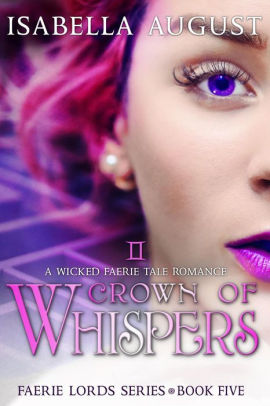 Share:
Every secret has its price.Beatrice Martel has been hired to track down a secret. Someone has leaked a revelation that could get people killed, and it's Beatrice's job to figure out who spilled the beans. That's pretty standard fare for a witch in her line of work… but this time, the main suspect happens to be her ex.Dorian Moreau is a cold, heartless lawyer with a penchant for collecting dangerous secrets from his supernatural clients. More than a decade ago, Dorian crushed Beatrice's heart with a terrible betrayal. Now, Beatrice has agreed to try and break Dorian's security. But neither Beatrice nor Dorian are the same people they once were… and when the most dangerous secret of all finally comes out, it will change everything they thought they knew about one another.The fifth book in the Faerie Lords series is a modern faerie tale romance blended with intrigue. Unravel the mystery with Crown of Whispers, a novel reviewers call a long-awaited treasure.