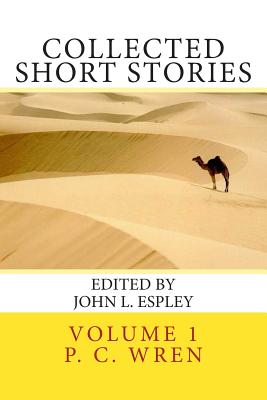 Share:
Percival Christopher Wren is best known as a novelist, publishing twenty-eight novels from 1912 to 1941, the most famous of which being Beau Geste (1924). Wren also published seven short story collections: Stepsons of France (1917), The Young Stagers (1917), Good Gestes (1929), Flawed Blades (1933), Port o' Missing Men (1934), Rough Shooting (1938), and Odd—But Even So (1941). These short story collections contained a total of 116 stories. There were also two omnibus collections published, Stories of the Foreign Legion (1947) and Dead Men's Boots (1949), containing stories taken from Stepsons of France, Good Gestes, Flawed Blades, and Port o' Missing Men. In addition to the 116 stories published in Wren's short story collections there are some additional items in The Collected Short Stories. "At Oxford: Innocent Ernest and Artful Eintz" is a short story originally published in 1919 in an obscure fiction magazine. "The Romantic Regiment" and "Twenty-Four Hours in the Foreign Legion" are "factual" articles originally published in magazines. "Wonderful Egypt" is an article (more a photographic essay) originally published in The Strand Magazine. The article "I Saw a Vision!" originally appeared in a rare psychic magazine, Prediction. There is also an article found in an Australian newspaper, "Meaning of Dreams", where Wren relates a couple of dreams he had experienced. Finally there is "Broken Glass", an unpublished short story. Each story has introductory comments by the editor, John L. Espley. Volume five of The Collected Short Stories has a total of twenty seven items: nine stories from Rough Shooting (1938), fifteen stories from Odd—But Even So (1941), one previously unpublished story, one article from an Australian newspaper, and another article from a psychic magazine.