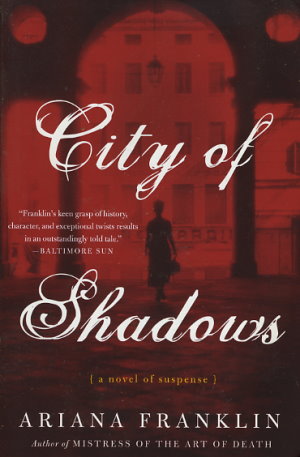 Share:
A cultured city scarred by war.... An eastern emigre with scars and secrets of her own.... A young woman claiming to be a Russian grand duchess.... A brazen killer, as vicious as he is clever. . . . A detective driven by decency and the desire for justice. ... A nightmare political movement steadily gaining power. . . .

One of the troubled city's growing number of refugees, Esther Solomonova survives by working as secretary to the charming, unscrupulous cabaret owner "Prince" Nick, and she's being drawn against her will into his scheme to pass a young asylum patient off as Anastasia, the last surviving heir to the murdered czar of all Russia. But their found "princess," Anna Anderson, fears that she's being hunted--and this may turn out to be more than paranoia when innocent people all around her begin to die.