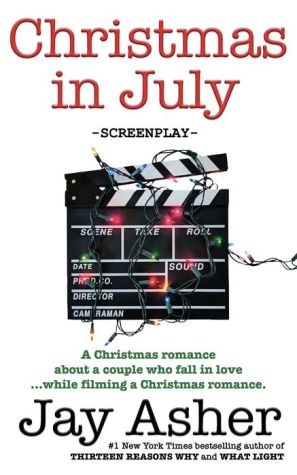 Share:
From Jay Asher, #1 international bestselling author of Thirteen Reasons Why, comes a Christmas romance about a couple who fall in love…while filming a Christmas romance. Amanda Fox is determined to never date anyone in showbiz again. The former star of a high school drama, she now focuses on life as a single mom, acting in a few commercials and one television Christmas romance per year. Cole Buskin is a country music star tackling his first acting gig, a television Christmas romance. And Cole wants his high school celebrity crush — Amanda — to co-star with him.When these two stars cross, the attraction doesn’t stop just because the director yells, “Cut!” Written in the format of a TV script.