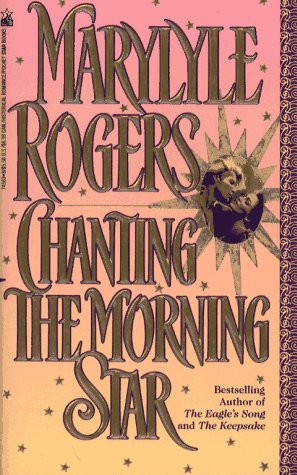 Share:
A LONG-AGO MAGICAL BRITAIN, WHEN ANCIENT STAR-CROSSED LOVERS ARE SWEPT INTO A GLORIOUS, PASSIONATE DESTINY...

Like those of a frightened doe, all of Llys's senses were heightened as she beheld the masculine beauty of the wounded warrior before her. Yet nothing prepared her for the look in his eyes when they turned toward her -- a gaze of pure, burning hatred. He deemed her his enemy, and not because she was a Druidess and he a Saxon noble ... for he also believed her to be a wanton. Innocent Llys had never known a man, or wanted one until the golden-maned Adam.

Ealdorman of Oaklea, had been carried into Throckenholt Keep. Now her grace and gentle, healing touch made Adam doubt what he had witnesssed just days earlier: this very maid -- or so it seemed -- lewdly smiling, naked in the presence of a corrupt bishop.

But as the forces of darkness threatened, a kingdom's fate rested in their hands. Together they would battle the blackest of magic, armed with the power of Llys's Druid heritage ... and the blazing strength of a love as pure and bright as the morning star.