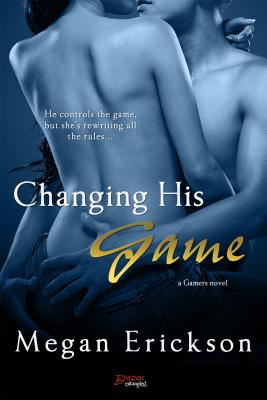 He controls the game, but she's rewriting all the rules...

Marley Lake is no stranger to awkwardness, but getting caught watching a dirty GIF by the company's hot new IT guy exceeds even her standards. That is, until she realizes he's as turned on by it as she is. But with a big promotion on the line, she refuses to let her current dry spell be her downfall. Maybe.

Austin Rivers has no business lusting after the irresistible editor of Gamers Magazine. He's a secret partner in the business -- and technically Marley's boss. One look at that GIF, though, and he's ready to install a whole lot more than just software...as long as she never finds out who he really is.

But reality's not as virtual as it seems, and when Austin's identity jeopardizes Marley's promotion, he has to change his game or risk losing the only woman with the cheat code to his heart.