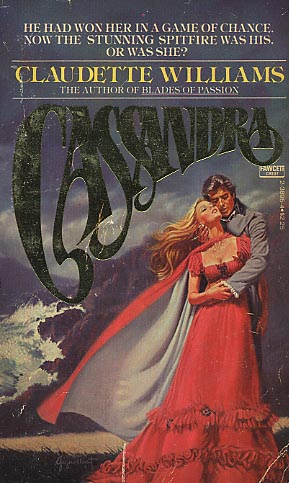 HE HAD WON HER IN A GAME OF CHANCE. NOW THE STUNNING SPITFIRE WAS HIS. OR WAS SHE?

Cassandra Farrington was the loveliest thing the young viscount Welford had seen in years. Breathtaking, absolutely breathtaking. He had just won her in a game of chance - along with a huge estate from her dissolute cousin, Charles. And the viscount had every intention of taking advantage of the situation.

Cassie, however, had other ideas. She would not yield her innocence to this arrogant stranger. She ran from him and sought sanctuary with a friend. But the viscount would not give up his prize so easily. He set out to find and conquer her, not knowing she had already lost her heart to him.

A novel of passion, intrigue and high adventure in nineteenth-century England.
Reviews from Goodreads.com