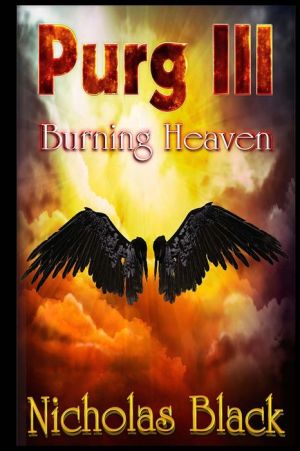 A series of haunting assassinations span across the globe from Texas, to South America, through France and Spain and England, all the way to Rome. The targets: Catholic priests. Ex-FBI agent, Shane Abbot gets called back to service to follow the murders as far as they go. The questions he asks along the way hint at a much darker plot than any of them ever had imagined and a reality that he may not be able to face.

Mavet—an Angel of Death—travels the earth to fulfill the killing of a very specific list of people. But when Heaven calls to inform him that the mission is accomplished, he is not satisfied, and chooses to continue his bloody work. . .without God's consent.

Now a renegade, he must do his bidding while soldiers in Heaven try everything to stop him. But when they realize he is far too powerful for them to handle, the Archangel Michael turns to the most unlikely of allies.

A bounty hunter is sent from Hades to track down the renegade Angel, and deliver him back to his brothers. But this is no ordinary skip tracer . . . he is the legendary Deegan Prost—the one who originally captured the three Angels that were crucified in front of Hades.

In this third installment of the Purg Series, the forces of Heaven and Hell will grow closer to war as the fight between good and evil spills out onto the earth. With an ending so shocking it will change all you know about good and evil, new warriors will rise and conspiracies will be uncovered.

Welcome to Burning Heaven: Where the lines between good and evil blur.
Reviews from Goodreads.com