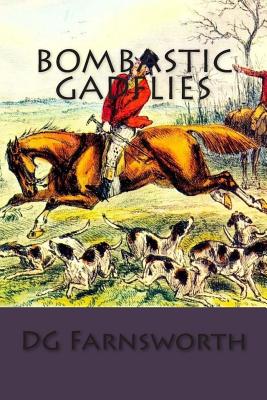 Share:
The menu needed altered severely. Not fit to consume or eat: that's how folks viewed the politics served to them in Kentucky. Candidates didn't level with the people. Dishing out negative advertising throughout the campaign sickened voters. Forking over the most massive helpings of money -- the key ingredient -- enabled a Carey Lucas and Hayward Thomas primary victory. A diet of deceit and greed--consumed by the congressman and his daughter, Myra (the apple does not fall far from the tree). The congressman's daughter and best friend, Royce VanArsdale, lead exciting, rich, tumultuous lives in the Bluegrass' thoroughbred racing world. Royce VanArsdale and Leila Nichols share a rich lifelong history of eccentric, family secrets among the Bluegrass elite. Their friendship tears apart as the congressman's daughter weaves a web of deceit and lies. US Congressman Carey Lucas pockets the largest pool of money of any departing member of Congress--$700-thousand--free to take his campaign chest by not running for office. Corruption of the Highest Order. Congressman Carey Lucas' actions reflect one of the reasons why the public holds Congress in such low esteem. It validates their concern that there are a lot of people who get into politics to benefit themselves financially. The money was not supposed to be a special interest pension fund, but was contributed to the Lucas election campaign. By running for governor against the millionaire horse breeder, Congressman Lucas could pocket that money (by not seeking another congressional term). The US representative broke that promise he made while running for governor -- to “not keep any of that money.” He put into his pocket what remained in his congressional campaign fund...bad politics, bad taste, and bad for the Republican party. The congressman misleads the public with press releases--including remarks about the Persian Gulf War (used to benefit his campaign). Protagonist Royce VanArsdale, along with others, fight anorexic behavior--struggling to tame their fight for perfection, demanded by extremely wealthy and successful families who often expect too much. The politics, itself -- along with substance--is purely anorectic….