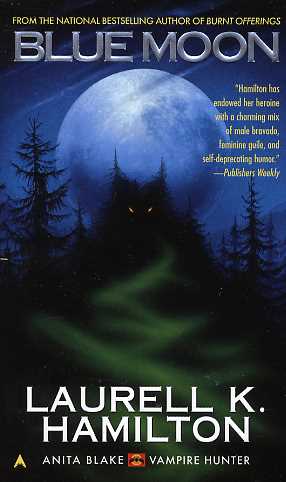 Share:
"RICHARD WAS AN ALPHA WEREWOLF. IT WAS HIS ONLY SERIOUS FLAW. WE'D BROKEN UP AFTER I'D SEEN HIM EAT SOMEBODY."

Still, you never forget your ex-fiance. And when the call came at three in the morning, I thought for a moment it was him. It wasn't. It was his brother. And it wasn't good news. Apparently, the former love of my life had gotten himself thrown in jail for assaulting a woman.

Since I make my living as a preternatural expert, I tend to believe almost anything's possible. But though he may be one of the monsters, Richard would never harm a woman. So here I am in the wilds of Tennessee, Anita to the rescue. I've got just a few days to spring Richard and find out who framed him -- and why.

There's a full moon coming, and if my werewolf love is still behind bars when it rises, he'll be facing a lot worse than an assault charge...