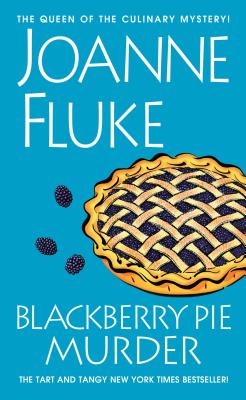 It's been a sleepy summer for the folks of Lake Eden, Minnesota. In fact, it's been a whole four months since anyone in the Swensen family has come across a dead body--a detail that just made the front page of the local paper. And that means Hannah Swensen can finally focus on her bakery. . .or can she?

Life is never really quiet for Hannah. After all, her mother's wedding is a little over a month away and guess who Delores put in charge of the planning? Yet just when Hannah believes her biggest challenge will be whether to use buttercream or fondant for the wedding cake, she accidentally hits a stranger with her cookie truck while driving down a winding country road in a raging thunderstorm. Hannah is wracked with guilt, and things get even worse when she's arrested. . .for murder! But an autopsy soon reveals the mystery man, his shirt covered in stains from blackberry pie, would have died even if Hannah hadn't hit him. Now, to clear her name, Hannah will have to follow a trail of pie crumbs to track down the identity of the deceased, find a baker who knows more about murder than how to roll out a perfect pie crust--and get herself to the church on time. . .
Reviews from Goodreads.com

I thought I'd given up on this series after the last book, but I decided to give another book a try. This series was very enjoyable in the earlier books, but it has been going downhill for awhile now. I didn't dislike this particular book as much as I did The Red Velvet Cupcake Murder, but it was very hurried and the storyline didn't develop very well. The characters were still enjoyable though. I always liked Hannah and her friends, but she still hasn't made up her mind between her two suitors, and they are both still hanging around waiting for her to decide. That really does push this series beyond belief. In this book, Hannah finds herself on the wrong side of the law and she has to rely on her friends and her family to help her through. As usual, her baking helps her cope as well. The ending paves the way for the next book as Hannah's problems are not resolved this time. I guess I'll continue with the series as I still want to know what will happen to the characters in the book. 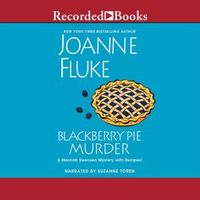