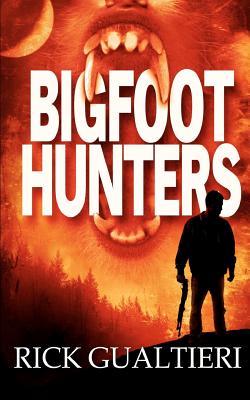 Share:
Evolution is about to be kicked in the teeth by some very large feet.

When Harrison Kent suggests a camping trip to the dense woods of Colorado, his friends are all for a little adventure. What awaits them, though, is far more than they ever bargained for. They discover that Sasquatch is real; however, these are not the shy creatures of legend. A madness has claimed them, one which has erased their once-peaceful nature and left in its place an unstoppable horde of ravenous monsters.

Now Harrison, his friends, and the unsuspecting residents of a remote town find themselves in a fight for their lives against the bloodthirsty beasts...a fight that they're ill-equipped to win. But the woods hold more than one secret. There are other forces at play. If they can survive long enough, they might just be able to even the odds.

Bigfoot Hunters is 90,000 words of graphic Horror Adventure (mature audiences only) by Rick Gualtieri, author of Bill The Vampire and Scary Dead Things.