Better Nate Than Ever — Tim Federle 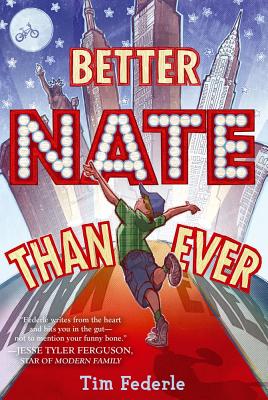 Share:
Nate is a small-town boy who's ready to make his Broadway dreams come true!

All Nate Foster has ever wanted to do is get out of Jankburg, Pennsylvania, and land a part in a Broadway musical. His dreams feel impossible, until his best friend Libby hears about an open casting for the role of Elliott in E.T.: The Broadway Musical, a role Nate wants so badly he can almost taste it. With Libby's help, Nate concocts a wild scheme to run away to New York, wow the casting director at the audition, and land the part of his dreams. But Nate's New York adventure may be more challenging than he ever expected….

Nate's dreams are big, and his ambition is one-size-fits-all, making this humorous, relatable tale a must-read for anyone who's ever been determined to follow their passion.