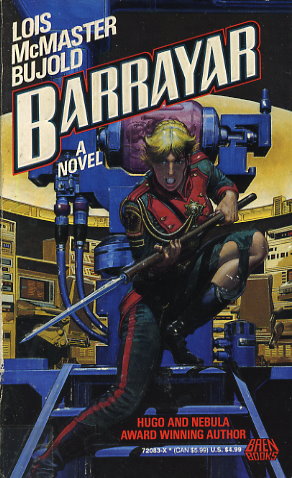 Cordelia Naismith, legendary ship commander in the Betan Expeditionary Force, a woman who beat the Barrayaran militarists at their own game, was never one to fulfill stereotypes. Having married the commander of the forces her side defeated in battle, she was ready to settle down to a quiet life devoted to raising little Vor lordlings, interrupted only by the occasional ceremonial appearances required of the Lady Vorkosigan.

But Cordelia had not paid sufficient attention to what an important Vor lord she had married; when the Emperor died, only her husband's reputation for honor stood between her adopted planet and the unspeakable horrors of a dynastic civil war fought by first-rate soldiers armed with up-to-the-minute technology.