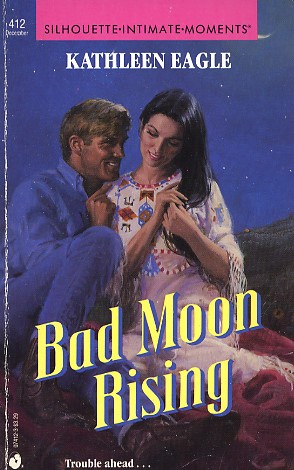 WAS IT AN OMEN?

But with the bad moonrise that hot August night came trouble. Someone had tried to murder Frankie's brother. That someone could have been Trey's own brother -- or his father, for that matter.

The battle lines were drawn, and Trey was torn. Could he betray his own flesh and blood, even for the strong and sensuous woman he loved more than life itself?
Reviews from Goodreads.com