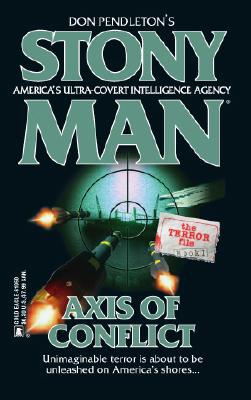 Unimaginable terror is about to be unleashed on America's shores. . .

Since its inception as the Oval Office's ultra-covert, swift arm of justice against terror, Stony Man has played hardball with the world's worst savages. The crack cybernetics team gathers the intelligence to open the gates of battle for field commandos willing to march straight into hell to deliver justice. Now, in the face of mankind's darkest reality, the future of humanity itself belongs to a few good men willing to face down a nightmare beyond comprehension.

The free world's worst enemy failed to destroy her once before, but now they've regrouped and expanded--a jihad vengeance that is nothing short of bio-engineered Armageddon, brilliant and unstoppable. A weapon unlike anything America has ever seen is about to be unleashed on U.S. soil. Stony Man races across the globe in a desperate bid to halt a vision straight out of doomsday -- with humanity's extinction on the horizon. . .
Reviews from Goodreads.com