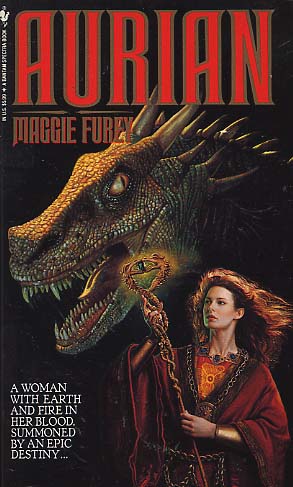 To the city of Nexis, where Magefolk in their white walled towers rule uneasily over a restive race of Mortals, a young girl comes to learn the magic arts. Aurian, a quicksilver swordswoman, has inherited Earth-magic from her mother and Fire-magic from her father. Unawakened within her lie far greater powers, coveted by the Archmage Miathan, who intends to possess her. But Aurian bravely flouts the Mages' Code and takes a mortal lover.

Maddened by rage and jealousy, the corrupt Archmage schemes to destroy her, unleashing cataclysmic forces from a lost age. Aurian is the only Mage strong enough to oppose Miathan, but to do so she must take up forbidden weapons of long-lost magic, at grave peril of her own destruction ... or the annihilation of her very world.
Reviews from Goodreads.com